wat  a thick stew, served atop injera  a large sourdough flatbread which is about 50 centimeters (20 inches) in diameter and made out of fermented teff flour. Ethiopians eat exclusively with their right hands, using pieces of injera to pick up bites of entrées and side dishes. The Ethiopian Orthodox Church prescribes a number of fasting   periods including Wednesdays, Fridays, and the entire Lenten season; so Ethiopian cuisine contains many dishes that are vegan.

Berbere, a combination of powdered chili pepper and other spices is an important ingredient used in many dishes. Also essential is

Tella is a home-brewed beer. “Tella” is the most common beverage made and served in households during holidays.

injera is made of cereal grain that is unique to Ethiopia known as Teff .

Teff is diverse in color and habitat and is a member of love grass family, rich in iron. And it is gluten free,

Coffee (buna) holds a legitimate claim as originating from Ethiopia and is a central part of Ethiopian beverages.

The coffee ceremony is the traditional serving of coffee, usually after a big meal. It often involves the use of a jebena (ጀበና), a clay coffee pot in which the coffee is boiled. The preparer roasts the coffee beans right in front of guests, then walks around wafting the smoke throughout the room so participants may sample the scent of coffee. Then the preparer grinds the coffee beans in a traditional tool called a mokecha. The coffee is put in to the jebena, boiled with water, and then served with small cups called si’ni. Coffee is usually served with sugar but is also served with salt in many parts of Ethiopia. In some parts of the country, nit kibbeh is added instead of sugar or salt.

Snacks such as popcorn or toasted barley (or kollo) are often served with the coffee. In most homes a dedicated coffee area is surrounded by fresh grass, with special furniture for the coffee maker. A complete ceremony has three rounds of coffee (Abol, Tona and Bereka) and is accompanied by the burning of frankincense. 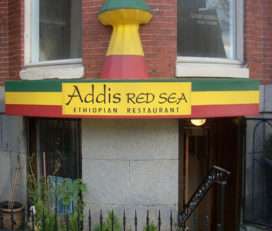 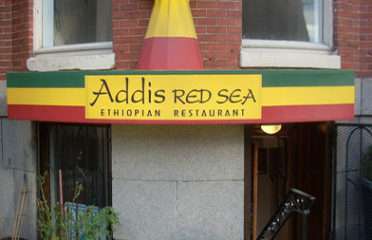 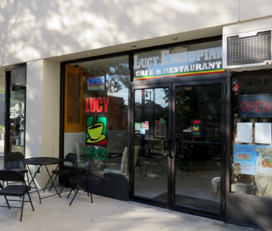 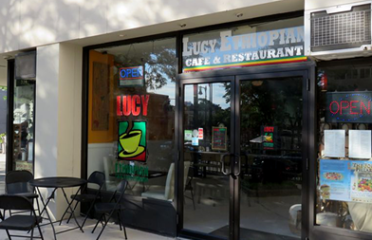 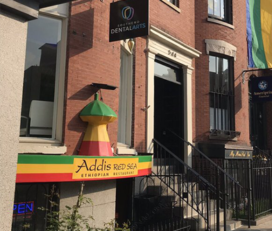 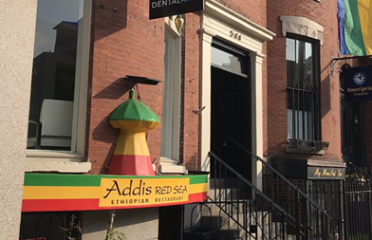