Born in Ethiopia from parents of Eritrean descent, Makina Café (Ethiopian Yellow Pages) founder Eden G. Egziabher was raised amidst a vibrant mix of Ethiopian, Eritrean and Italian cultures. It’s no coincidence that “Makina” translates to “truck” in all three of these countries’ languages, whose cultures combine to create the mosaic of flavors found on the mobile cafe’s menu.

Eden prides herself on being the first Eritrean-American female entrepreneur in NYC with a food truck serving “Habesha” food. Used as a term of pride, the word “Habesha” is used to eliminate the distinction between different tribes of Eritrea and Ethiopia and celebrates the unity of people of the same region.

Tasty, healthy, nutritious and something quite unique, Makina Cafe serves up breakfast and lunch to New Yorkers that are tired of the same old take-out options. You can follow Makina Cafe (@makinacafe) on all major social media outlets to find the trucks’ location each day.

In the future, Eden hopes to bring the Makina experience to other parts of the US and use Makina Cafe as a charitable platform that gives back to the community.

This is a food fight you’ll want to be part of.

On Saturday, 25 popular NYC street food vendors will duke it out on Governors Island at the 14th annual Vendy Awards — competing for prizes including best dessert, best breakfast and the MVP of food truck awards, the Vendy Cup. (Tickets on sale at the door from $100;

One of the hottest categories at “the Oscars of street food” is best rookie vendor, which will crown the city’s best — and most delicious — newcomer. Here’s a look at the five nominees and what they’re dishing out.

Injera is a certainty at every Ethiopian meal and the measure of every Ethiopian restaurant: floppy, featherweight flatbread as thin as a kerchief, with the sepia tinge of an old photograph. One side is smooth while the other has almost more holes than dough, from the bubbles that swell and pop as the batter settles on the mitad (griddle). In Amharic they are known as ain, or eyes, and the more of them, the better.

At the bright yellow Makina Cafe truck, which has been plying the streets of Manhattan, Brooklyn and Queens since last summer, the injera is buoyant in the hand and unapologetically sour, with an insistent, earthy tang and a thousand eyes. It’s made of fermented teff, cut with a little wheat to account for New York’s troublesome changes in climate (which can make the dough too sticky), and delivered fresh every morning to the truck before it sets out for lunch service.

The identity of its maker is a prized secret. Eden Gebre Egziabher, the truck’s owner and chef, said simply, “I have a lady. She’s the best.”

Check Out Other Services 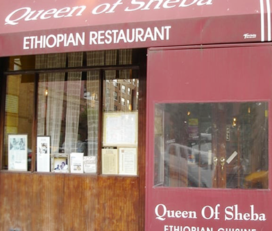 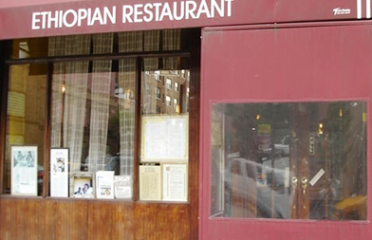